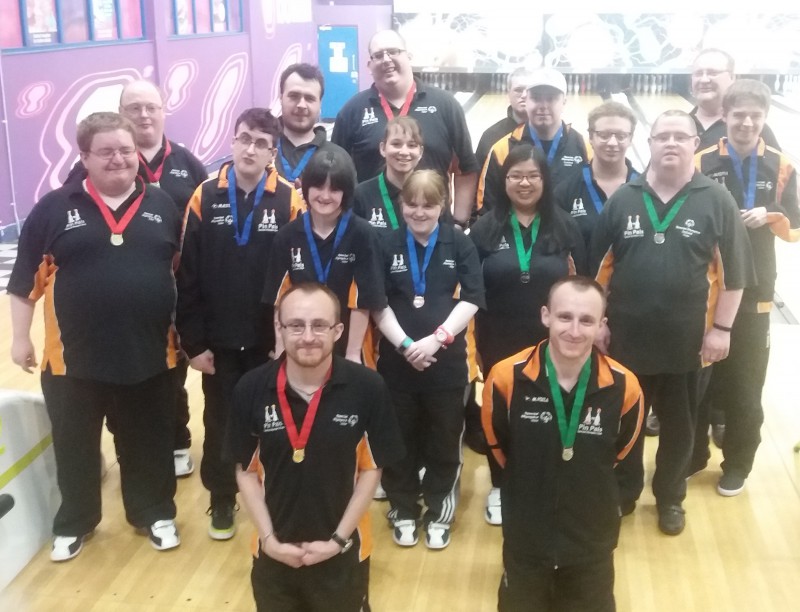 A massive congratulations to Special Olympics Athlete, Matthew Emerson, who had a weekend he will remember, representing Team Ulster and winning a 5th place ribbon as well as a Gold Medal in Tenpin Bowling at the Special Olympics Ireland Games which were held in Dublin.

Matthew is a member of Pin Pals Special Olympics Club who meet every Wednesday here at Dundonald International Ice Bowl. Matthew dropped in to show us his medal, along with his Doubles partner Michael Ferguson, who also won a Silver Medal in the Singles competition.

This is the first time that Matthew and Michael have represented Team Ulster at the Ireland Games. Now both Matthew's and Michael's families wait to find out if they will make it through to the World Games being held in Abu Dhabi in 2019. We wish them both the best of luck!