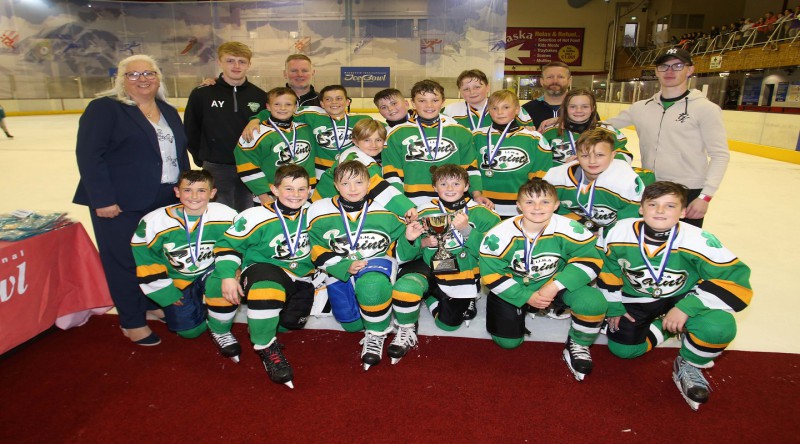 Skates off for the Causeway Cup

Energy levels soared this weekend as junior ice hockey teams from across the UK and Republic of Ireland skated onto the ice at Dundonald International Ice Bowl to compete in the very first ‘Causeway Cup’ tournament.

The two day event, which was organised in conjunction with the Belfast Junior Giants, provided U12 hockey teams with an exciting opportunity to compete in a national competition. It is hoped the event will now become a firm favourite in the ice hockey calendar attracting further teams when it returns next year.

Presenting the awards, Vice Chair of the Council’s Leisure & Community Development Committee, Councillor Hazel Legge said, “I am delighted to welcome the young people, coaches and spectators to our excellent facilities at Dundonald International Ice Bowl for the very first ‘Causeway Cup’.  It was fantastic to watch the final and see first hand the energy levels and passion of all the young players which is testimony to the commitment of teams to develop ice hockey at junior level.

“Sport plays a pivotal role in improving the physical and mental health of participants by promoting a culture of teamwork and regular activity which are essential qualities to instil in young people at an early age. I would like to thank the Belfast Junior Giants and the staff at Dundonald International Ice Bowl for delivering such a well organised tournament which will hopefully inspire many of the players to progress in the sport and represent their team or country at the next level.”